The Edenton Steamers have released their 2022 roster. 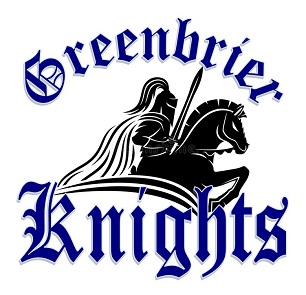 The Greenbrier Knights have released their 2022 roster.

The Virginia Beach Sea Dogs have released their 2022 roster.

The Norfolk Redbirds have released their 2022 roster.

The Suffolk voyagers have released their 2022 roster.

The Suffolk Voyagers are excited to announce Phil Forbes III will be leading the ballclub this summer.

Coach Forbes is the head coach at Menchville HS, where he has lead the Monarchs for the past 35 seasons. He has won several Peninsula District Championships, Eastern Regional Titles, and the 2009 Virginia High School State Championship, Ranked #1 in the USA and he was selected the 2009 USA Today Coach of the Year, The Voyagers are very excited to have Coach Forbes at the helm this summer.

Coach Avery is a graduate of The University of North Carolina. Coach Avery played two years in the Tidewater Summer League with the Newport News Boop Shute participating in two Collegiate Summer League World Series tournaments with the Boop Shute. Currently, he is the pitching coach at Menchville High School and works with pitchers at Hitters Warehouse Academy-Baseball Training.

Coach Phil Forbes, IV is an assistant Varsity Baseball Coach for Menchville High School. He has been on the MHS varsity staff for seven years and coaching baseball for over 12 years.

The Norfolk Redbirds are excited to announce Chris Dotolo as the new head coach of the ball club.

Chris is a Norfolk native and a graduate of Norfolk Academy where he played football, basketball,  and baseball.  After playing baseball at VCU and Virginia Wesleyan,  he played professional baseball for 5 seasons in the San Francisco Giants organization.  He then spent the next 16 years as a college baseball coach, 15 at the Division 1 level.

He is now a Financial Advisor for Edward Jones in Virginia Beach.  Since his return to Hampton Roads he has coached high school baseball at Norfolk Academy and is currently an assistant at Cape Henry Collegiate for former ODU standout Tim Hummel.  He has a bachelor’s degree in history from Virginia Wesleyan, a Master’s degree in Sports Management from George Mason University,  and a Master’s degree in Financial Planning and Law from Regent University.

The Redbirds are also excited to announce that Jack Markey will be joining Coach Dotolo’s coaching staff for the upcoming season.

Jack is a Norfolk native and graduate of Norfolk Academy where he played basketball and baseball. Jack was the 2014 TCIS Player of the Year and TCIS champion under coach Chris Dotolo. Jack’s father, Jim Markey, is a legendary local high school basketball coach, coaching for 20 years in the Norfolk area.

Jack attended James Madison University where he received his bachelor’s degree in history. Since returning to Hampton Roads he has coached baseball at Catholic High School where he is currently the Head Coach. Jack works as an Inside Sales Representative for Chesapeake Marine Refrigeration in Norfolk.

The Greenbrier Knights are excited to announce the return of Coach Slaughter for his 31st season coaching with the ball club.

Coach Slaughter, a native & resident of Chesapeake, VA, is entering his 31st season coaching in the Greenbrier Knights organization, spending the last 11 seasons serving as the head coach.

The Virginia Beach Sea Dogs announce the hiring of John Bivens as their new head coach for the upcoming 2022 season.

Coach Bivens brings a decade of coaching experience at the amateur level and has a positive track record for developing talent and helping them transition to the next level.  In the last 10 years he has helped over 15 high school baseball athletes earn scholarships at the collegiate level including schools such as: Old Dominion, Murray State University, West Virginia, George Mason, UNC Pembroke, Savannah State University, Richmond, & more.

His primary focus is on getting athletes bigger, faster, stronger, smarter, & more skilled. Taking a comprehensive approach to the game to build a complete player with a championship mindset. As a player, John Bivens Jr. is a former 12th round draft pick in 2010 to the Milwaukee Brewers out of Virginia State University. He was also a scholarship, two sport athlete at the University of Virginia from 2006-2009 playing football & baseball under the leadership of Coach O’Connor & Coach Mcmullan.

After his pro baseball career ended due to chronic knee & shoulder injuries, Bivens transitioned into full-time entrepreneurship. Where he is now the Owner & CEO of Vertex Performance LLC & Co-Founder of a non-profit, VXP Legacy, Inc. that is centered around sports, fitness, academics, youth mentorship, and professional development.

The Sea Dogs are excited to announce that Kyle Bogese and RC Orlan will be serving as the Sea Dogs Assistant Coaches.

Coach Kyle Bogese brings a vast amount of coaching & playing experience stemming from a strong collegiate career that ultimately led to a shot in pro ball. Virginia Native that attended Thomas Dale High School as standout pitcher throwing up to 88mph his junior year. Kyle’s collegiate career led him to Trinity University in San Antonio, where he was able to increase his velocity to 97mph and earned a free agent contract with the Philadelphia Phillies.

After transitioning from professional baseball he emerged himself into amatuer baseball development to give back to the youth & fulfill his passions to teach the game of baseball. Kyle is currently the co-owner and founder of The Backyard Baseball Lab that focuses on building the complete baseball player with a pro style curriculum to help them accomplish their goals. Specializes in building progressive arm strength & velocity development.

Coach RC Orlan comes to us with a plethora of baseball knowledge from first hand experience in professional baseball & amateur coaching. He was drafted out of Deep Run high school in 2009 in the 44th round by the Los Angeles Dodgers, but opted to attend the University of North Carolina.

Putting together an impressive collegiate campaign for the Tar Heels and making two appearances in the 2011 College World Series against Vanderbilt. His crafty and powerful left handed abilities put him in position to be drafted in the 30th round by the Washington Nationals. RC was then traded to the Cleveland Indians in 2017 via Rule 5 Draft.  7 Year Professional career making it all the way to Triple A & had a Big league Invite to Spring Training in 2019.

The Tarboro River Bandits are excited to introduce your 2022 Head Coach, Grant Crosby. Coach Crosby is looking forward to bringing a championship to Tarboro in 2022. Let’s give Coach Crosby a big Tarboro welcome!!

Grant was born and raised in Knoxville, TN and is currently an Assistant Baseball Coach at Barton College. He spent the summer of 2020 as part of the staff with the Wilson Tobs, where he helped manage day to day team operations and was the team’s bench coach. Grant has also given private lessons to athletes over the past 5 years.

He then attended Morehead State University for two years (2017-2019) where he had thirteen appearances as a member of the 2018 OVC Championship team that went to the Clemson regional (2017-2018 season). In the 2018-2019 season, he managed two appearances before his season was ended by a partial UCL tear injury.

He finished his final two years (2019-21) of college at Tusculum University where he started four games before season ending shoulder surgery (2019-20). In the 2020-21 season, he appeared four times after returning from surgery in early April, in a limited capacity.