The PCL would like to say Thank You to all of our teams, players, coaches, fans and everyone who supported the league this past summer.

PCL League Members, thank you for being a part of the league’s 2022 season.

PCL Coaches, thank you for your hard work and dedication this summer.

PCL Fans, thank you for coming to the games and tuning into our live stream, your support is greatly appreciated.

PCL Franchises, thank you for putting together a great season for your players, fans and sponsors.

Eastern Officials Association, for once again providing our league with great officials for our games.

D-Bats of Virginia Beach, thank you for your support throughout the season and helping to sponsor our live stream broadcast.

Mercedes-Benz of Virginia Beach, thank you for your support throughout the season and helping sponsor our live stream broadcast and our Players of the Week Awards.

Grand Slam 2, thank you for your support throughout the season and for helping support our live stream broadcast.

Sponsors, thank you for generous support again this summer, you are the team behind the team and we could not do this without your support.

Zephyr Hats, the Official Hat Supplier of the Premier Collegiate League, thank you once again for taking care of our hat needs this summer, they looked great.

Baden Sports, the Official Ball Supplier of the Premier Collegiate League, thank you for once again supplying our league baseballs.

Alpha Prime Sports, the Official Uniform Supplier of the Premier Collegiate League, thank you for once again supplying our league’s uniforms, they looked great.

One behalf of the Premier Collegiate League, to everyone who helped make our 2022 season a great success, we would like to take this opportunity to say THANK YOU.

Congratulations to Chris Dotolo, Norfolk Redbirds, our 2022 Manager of the Year

The Premier Collegiate League would like to recognize and congratulate our 2022 Broadcaster of the Year, Luke Meli, Temple University

Luke Meli is an rising senior at Temple University in Philadelphia, Pennsylvania, where he is a media studies and production major. He has worked as a play-by-play announcer for many Temple sports including basketball, football, and hockey. He has experience calling baseball, softball, volleyball, and women’s lacrosse for other universities in the northeast. He also works on Temple’s sports tv show, OwlSports Update, as an anchor and reporter. His dream is to be the play-by-play announcer of a professional sports team, and this will be his first taste of working directly for a team.

Earning the 2022 PCL Broadcaster of the Year award during his first season working directly for a collegiate summer team, Luke showed his experience and education had him prepared for the challenge, and his willingness to put in the hard work, make sacrifices and remain dedicated to his craft not only provided Steamers fans and players an outstanding game broadcast, he was able to capture the spirit of the 2022 Championship Season, with all of it’s highs and lows, and did so with professionalism and a flair that exceeded all expectations.

Congratulations Luke Meli, the 2022 PCL Broadcaster of the Year. 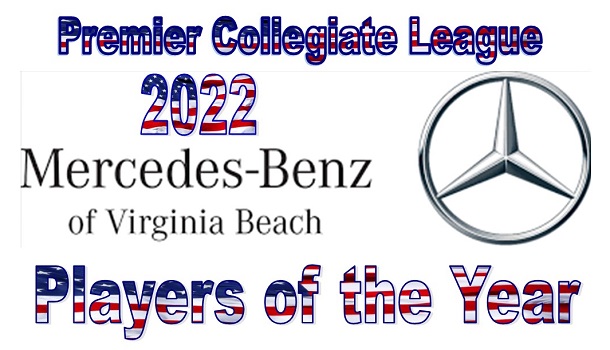 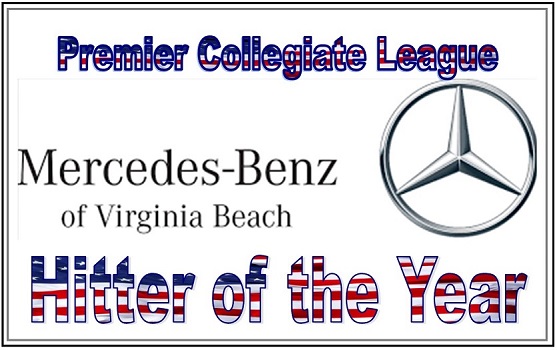 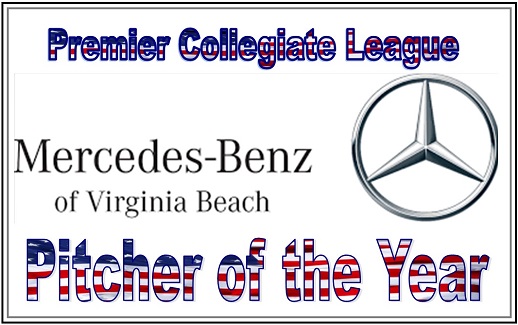 The Edenton Steamers arrived at Tarboro Municipal Stadium on Saturday night to face the Tarboro River Bandits in the 2022 Premier Collegiate League Championship.

The fans came out in force, both River Bandits fans and Steamers fans as well, filling the stadium and creating a championship atmosphere from the first pitch to the last.

Edenton’s Jeremiah Boyd (Presbyterian University) led the Steamers to victory with his 2 HR, 5 RBI, 3 R effort, and earned himself the tournament’s Most Valuable Player recognition.

Tarboro River Bandits fell behind early and couldn’t come back in an 11-4 loss to Edenton Steamers on Saturday. Edenton Steamers scored on a single by Tate Abbott and a walk by Bryce Stephens in the second inning.

The Tarboro River Bandits struggled to contain the high-powered offense of Edenton Steamers, giving up 11 runs.

Edenton Steamers got things started in the second inning. Abbott drove in one when Abbott singled.

In the fifth inning, Jeremiah Boyd, came to the plate with two men on and provided the fire power the Steamers were looking for as he barreled a curve ball over the right center wall for a three run homerun and gave the Steamers a lead they never relinquished.

In the eighth inning, it was more of Jeremiah Boyd, who came to the plate with Tanner Thach on first, who drew a walk, and proceeded to drive in two more runs with his second home run of the game.

Tanner Thach led the Edenton Steamers to victory on the hill. The lefthander allowed four hits and two runs over four and two-thirds innings, striking out five. Michael Allen and Blake Gipson entered the game out of the bullpen and helped to close out the game in relief.

Tarboro River Bandits launched one home run on the day. James Moses had a homer in the seventh inning.

Tarboro River Bandits pulled away for good with four runs in the sixth inning. In the sixth Harrison Johnson hit a solo homer and Hunter McClean singled on a 3-1 count, scoring one run.

Jay Bulluck was the winning pitcher for Tarboro River Bandits. The fireballer surrendered zero runs on one hit over two innings, striking out four. Porter Braddy threw one and one-third innings in relief out of the bullpen.

With their win, the Tarboro River Bandits advance to the Championship game, where they will host the Edenton Steamers at Tarboro Municipal Stadium, Saturday, August 6, 2022. Game Time is 7:00pm, gates open at 6pm. Tickets are available at the gate.

Edenton Steamers defeated Greenbrier Knights 10-0 on Thursday as two pitchers combined to throw a shutout. Blake Gipson struck out Sean Aronson to finish off the game.

In the second inning, Edenton Steamers got their offense started when Hunter Cole singled on a 2-1 count, scoring one run.

One bright spot for Greenbrier Knights was a single by Burton Hahn in the second inning.

Nicky Wohleking earned the victory on the pitcher’s mound for Edenton Steamers. The southpaw surrendered zero runs on two hits over eight innings, striking out four and walking one. Gipson threw one inning in relief out of the bullpen.

Chad Andrzejczyk took the loss for Greenbrier Knights. The bulldog allowed five hits and four runs over three and a third innings, striking out two and walking one.

Edenton Steamers hit one home run on the day. Thach had a dinger in the eighth inning.

With their win tonight, the Edenton Steamers advance to the Championship game, Saturday, August 6, 2022 at Tarboro Municipal Stadium vs the Tarboro River Bandits. Game Time is 7:00pm, Gates open at 6:00pm. Tickets are available at the gate.