LIam McFadden-Ackman came the ballpark and meant business on Saturday, driving in four on three hits to lead Tarboro River Bandits past Greenbrier Knights 18-6 on Saturday. McFadden-Ackman drove in runs on a home run in the first and a double in the seventh.

Greenbrier Knights opened up scoring in the second inning when Blake Herrmann grounded out, scoring one run.

Nick Bruno earned the victory on the mound for Tarboro River Bandits. Bruno lasted five innings, allowing three hits and four runs while striking out 11 and walking one. Landon Higgerson, Adam Creswell, and Ty Barrango all put in work in relief out of the bullpen, steering their team towards the victory.

Tarboro River Bandits tallied two home runs on the day. Johnson had a four bagger in the fifth inning. McFadden-Ackman had a dinger in the first inning.

Warren Bailey went 2-for-5 at the plate to lead Greenbrier Knights in hits.

Norfolk Redbirds fired up the offense in the first inning. Jack Morick drove in two when Morick homered.

Nicky Wohleking took the win for Edenton Steamers. Wohleking lasted five innings, allowing six hits and five runs while striking out three. Bryce Stephens and Jared Beebe entered the game out of the bullpen and helped to close out the game in relief.

Tanner Simpson took the loss for Norfolk Redbirds. The bulldog surrendered three runs on five hits over one and one-third innings, walking zero.

Edenton Steamers launched three home runs on the day. Bruno had a four bagger in the fifth inning. Abbott had a dinger in the third inning. Cottle went for the long ball in the fourth inning. 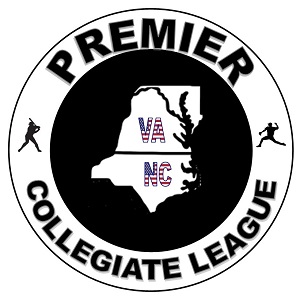 Line Score, Game Recap and Box Score not available at this time.

Edenton Steamers got on the board in the first inning when Alden Cottle hit a solo homer.

Edenton Steamers took the lead for good with two runs in the fifth inning. In the fifth Jackson Hipp homered on a 3-1 count, scoring two runs.

Edenton Steamers put up four runs in the eighth inning. The big inning was thanks to a home run by Hunter Cole and a double by Tate Abbott.

Chris Morris was the winning pitcher for Edenton Steamers. The righthander surrendered zero runs on one hit over one inning, striking out one and walking one. Adam Langley, Davis Halstead, and Camron Lewis all put in work in relief out of the bullpen, steering their team towards the victory.

Edenton Steamers hit six home runs on the day. Chase Bruno had a dinger in the seventh inning. Cole went yard in the eighth inning. Hipp had a homer in the fifth inning. Jeremiah Boyd went deep in the fourth and sixth innings. Cottle had a long ball in the first inning.

Tarboro’s River Bandits (22-9, 14-5) clinched the Premier Collegiate League (PCL) regular season championship with an 18-3 rout of the Virginia Beach Sea Dogs (5-9, 7-9)  that was shortened by a surprise downpour as the Bandits were getting ready to bat in the bottom of the seventh.

The game also featured a triple play — that wound up being taken off the books after River Bandits Grant Crosby made an appeal to the umpiring crew. Tarboro started with back-to-back hits as Tyler Dunn (Bucknell) and Dane Hoggard (Seton Hall) led off with singles to left center.

With runners on first and second, Roy Jones hit a liner to the first baseman, who caught the ball, stepped on first to double up Hoggard, and then threw to second to force Dunn, who was caught off the base. “The base umpire just plain out lied to me,” Virginia Beach coach and PCL Commissioner Michael Dooley said. “He said he dropped the ball and he signaled it, but I just looked at the video and he didn’t signal anything. ”Indeed, a review of the game on the Bandits’ live stream after the game shows a clean catch by first baseman T.J. McGowan (Virginia Wesleyan) to start what should have been one of baseball’s rarest plays.

It’s not that the call changed the outcome of the game, as Tarboro led 9-3 at the time. It did, however, impact the score as Tarboro scored three in the fourth, added five in the fifth, and ended the night with a single run in the sixth.

The Bandits blew the game open in the first as they sent 12 batters to the plate and scored seven runs. The first seven Bandits to bat reached base, with six of them scoring. James Moses (Towson) opened with a walk, then stole second and advanced to third when the catcher’s throw to second sailed into the outfield. Hunter McClean (UT-Martin) then singled into right field to plate Moses. McClean took second on a passed ball, followed by a walk to Chase Heath (Central Missouri) — bringing Liam McFadden-Ackman (Northern Kentucky) to the plate.

McFadden-Ackman took pitcher Millis Becouvorakis (Bryant & Stratton) yard to left-center, driving in three and making the score 4-0.Tyler Dunn (Bucknell) and Dane Hoggard both singled through the left side of the infield and eventually came around to score. The Bandits had several players with multiple-hit games, led by Heath, who went three-for-five and scored three runs. McClean, McFadden-Ackman, Dunn, and Hoggard each had two hits.

Hoggard’s hits were a continuation of a slump-busting pair of games that started on Wednesday night, when he also had two hits in an 8-2 win over Edenton’s Steamers on the road — the Bandits’ eighth win in 11 games over their rivals.

In the second inning, Greenbrier Knights got their offense started when Dominick Proctor doubled on the first pitch of the at bat, scoring two runs.

Greenbrier Knights took the lead for good with five runs in the sixth inning. In the sixth Corbin McCloud singled on a 0-1 count, scoring two runs and Max Lucas singled on the first pitch of the at bat, scoring one run.

Suffolk Voyagers scored four runs in the fifth inning. Bennie Spady and Ryland Brown each had RBIs in the big inning.

Kyle Andrzejczyk led the Greenbrier Knights to victory on the hill. The bulldog lasted one inning, allowing zero hits and zero runs while striking out one and walking one. Andrew Ramos and Wesley Overton entered the game out of the bullpen and helped to close out the game in relief. Ramos recorded the last nine outs to earn the save for Greenbrier Knights.

Edenton Steamers struggled to get their offense going on Wednesday, getting easily dispatched by Tarboro River Bandits, 8-2.

Edenton Steamers smacked one home run on the day. Chase Bruno had a four bagger in the ninth inning.

Alden Cottle went 2-for-4 at the plate to lead Edenton Steamers in hits.

Virginia Beach Sea Dogs opened up scoring in the first inning, when Sammy Canela singled on a 1-1 count, scoring one run.

William Wian was credited with the victory for Virginia Beach Sea Dogs. The righthander allowed three hits and one run over three innings, striking out six and walking one. Danny Padilla threw one and two-thirds innings in relief out of the bullpen.

Alex Gianascoli took the loss for Norfolk Redbirds. The hurler went one and two-thirds innings, allowing seven runs on three hits and striking out three.

Norfolk Redbirds launched one home run on the day. Feather had a dinger in the fifth inning.

Blake Gipson was the winning pitcher for Edenton Steamers. The pitcher went one and one-third innings, allowing zero runs on zero hits, striking out two and walking zero. Logan Fleming and Gage Riddick entered the game out of the bullpen and helped to close out the game in relief.

Edenton Steamers launched three home runs on the day. Jeremiah Boyd had a homer in the fourth and sixth innings. Davis Halstead went for the long ball in the seventh inning. 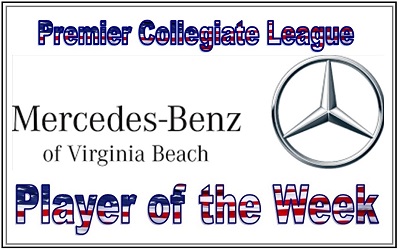